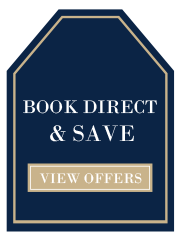 What's On In Sligo

All concert tickets are available from the Hotel Reception for collection only, either in advance of the concert or on the night of the concert. (€1 booking fee per ticket will apply).

Please call our Reservations Team on 071-91 40008 to pre-book your ticket in advance of collection. For quite a number of years now, the hugely popular ‘Three Amigos’ tour has never failed to generate enthusiasm, lift spirits and provide a rare musical treat that invariably caters for even the most discerning tastes. Country material may underpin the show but a ration of ballads, rock n’ roll, 60’s and standards will ensure that even the most demanding taste buds are catered for.
Few singers, indeed, can match Patrick Feeney when it comes to big ballads while Robert Mizzell’s brand of country and upbeat material puts him in a class of his own.
“Our aim will be to try and give people a lift after all that they have been through. We will be putting a huge effort into the show and it is our sincere hope that it will find favour with concert-goers,” says the recently-engaged Patrick.
Tickets are €35.00 and are available from Hotel Reception or Ticketmaster
(booking fee will apply) Mike Denver affectionately known as the ‘Galway Boy’ is at the height of his powers and this year celebrates 15 years on the entertainment scene. Mike’s meteoric rise in popularity over the past while culminated with him been voted Entertainer of the Year 2016 together with No 1 album of the Year ‘Cut Loose’ at the ACMA Awards on RTE TV.

Backed by a band comprising of Ireland’s top musicians, Mike presents a two and a half hour, high energy show which features all his hits including ‘Tommy K’, ‘Wasn’t that a Party’, ‘Galway Girl’, “Blown Away’ in addition to his classic hits from the 60’s and 70’s.

Mike’s Concert Tours are selling out throughout Ireland, North and South so early booking is advisable. With Special Guests the Legendary Brendan Shine and Philomena Begley.

Any tickets purchased for Sunday 8th May & Sunday 14th May, will be valid for the 23rd February 2023. Extraordinary ticket  sales in Ireland over the past 12 months. That is the  success story of  Kildare ballad singer Dan McCabe. A new addition to Dan’s concert show is the very talented Folk and Ballad singer Sina Theil. Sina already 2 major awards, ”Single of the Year’ ‘Good to be Back Home’ and also the award for the  ‘Hottest Act in Irish Country Music’

Dan comes  from a long lineage of folk musicians and commenced his career in music at an early age. Dan would eventually go from strength to strength in this genre of the industry and consequently it became his full time occupation.

Due to the Covid 19 lockdown and the lack of opportunity to benefit from ‘Live Music’ performances Dan turned his focus to posting self made videos of his music on social media platforms, merely as a pastime and an escape from the hardship and gloom of the pandemic. Completely unexpectedly these recordings would be viewed over 12 million times  online and as a consequence it also caught the attention of senior producers at RTE.

Dan was invited to Aras an Uachtarain by President Michael D Higgins and performed  ‘The Parting Glass’ to the delight of the president.

During the Summer of 2020 Dan featured on the Sunday Game on RTE TV and performed  a version of Luke Kelly’s ‘Song for Ireland as a tribute to healthcare workers battling the Covid 19 pandemic. This segment went viral and acted as a real catalyst with Dan gaining a huge online audience and leading the way for various TV appearances.

Tickets are €35 and are available from Hotel Reception or  Ticketmaster

We are pleased to announce the return of the most compelling and inspirational musicians in Ireland, Christy Moore.

Popular from his many sell-out concerts, the much-loved performer returns on Thursday May 11 th 2023, with an intimate evening of story and song.

Christy has played a key part of the evolution of modern Irish music for more than half a century. With his many concerts and recordings, he continues that legacy.

In addition to his long and productive solo career, Christy is also renowned as a founding member of the iconic Irish bands, Planxty and Moving Hearts who transformed and popularised folk, rock and traditional music in Ireland in 1970s and ‘80s .

Named ‘Ireland’s greatest living musician’ (in 2007) by RTE’s People of the Year Awards, Christy is widely regarded as a superb interpreter of songs by other musicians as well as being a compelling solo performer and songwriter of his own work. Elvis Costello, U2’s Bono, and Sinéad O’Connor are just three of the modern music greats who have been influenced by Moore. His songs and stories are both powerful and relatable, resonating with the audiences at home and around the world. It is his deep urge to connect with the listener and to transmit the meaning of the songs he sings that has endeared him to audiences of all ages. His recording career includes more than 40 albums from Paddy on the Road (1969), Magic Nights (2019) and the chart-topping The Early Years, covering his recordings and television appearances from 1969-1981 to his latest Flying into Mystery (2021).

Join us for a special night of song with one of the most compelling and inspirational musicians Ireland has ever seen. In a world where women are expected to have the patience of mother Teresa, the arse of Jennifer Lopez, the social media profile of Kim Kardashian and the BMI of Elle McPherson the pressure is relentless. Dirtbirds the comedy duo and internet sensation present their hilarious new show ‘No Filters’ which takes a close look at the barrage of bullshit we are subjected to on a daily basis and reminds us that despite what we’re told there is NO SUCH THING AS PERFECT… (except maybe Jamie Dornan’s arse in Fifty Shades Darker.)

How do I have confidence when I feel lower than a snake’s arse?

How do I learn to love my muffin top?

When the kids wreck my head how do I stop myself from selling them on Done Deal?

…then this is definitely the show for you. (Perfect women not allowed in.)